Press enter to begin your search

Danspace is available to rent to individuals, small pods (2-4 people) and groups that meet capacity for safe distancing. Our three studios have sprung floors, windows and doors that open for ventilation, HEPA air purifiers and sound systems. Rent our space to teach your zoom classes, or to take a zoom class; for rehearsals, or just to get out of your house and stretch.

Danspace is located in the heart of the Rockridge district. It is walking distance from BART and there is plenty of parking in the neighborhood. Amenities include walking distance to restaurants and retail stores, Hardy Dog Park and Frog Park.

Danspace has three studios. All are uniquely suited for different activities: 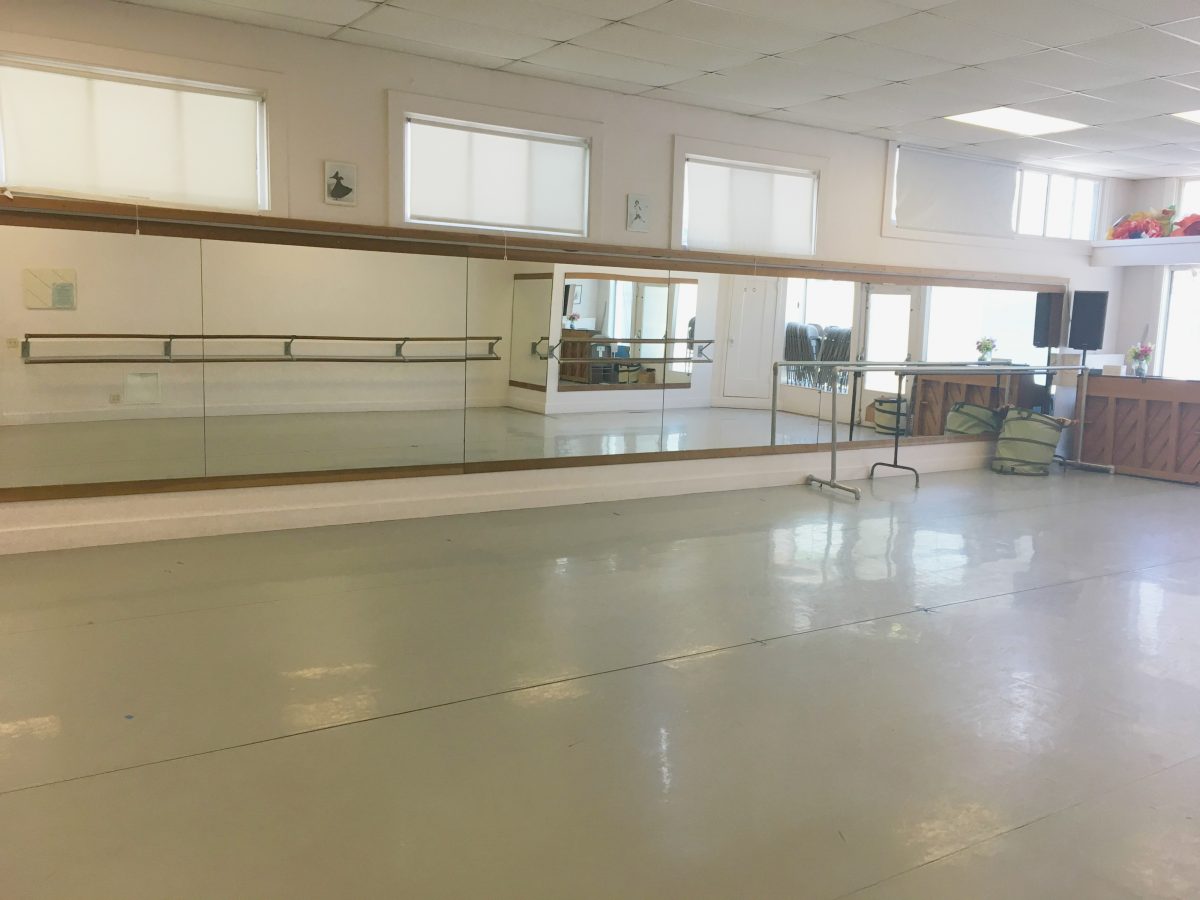 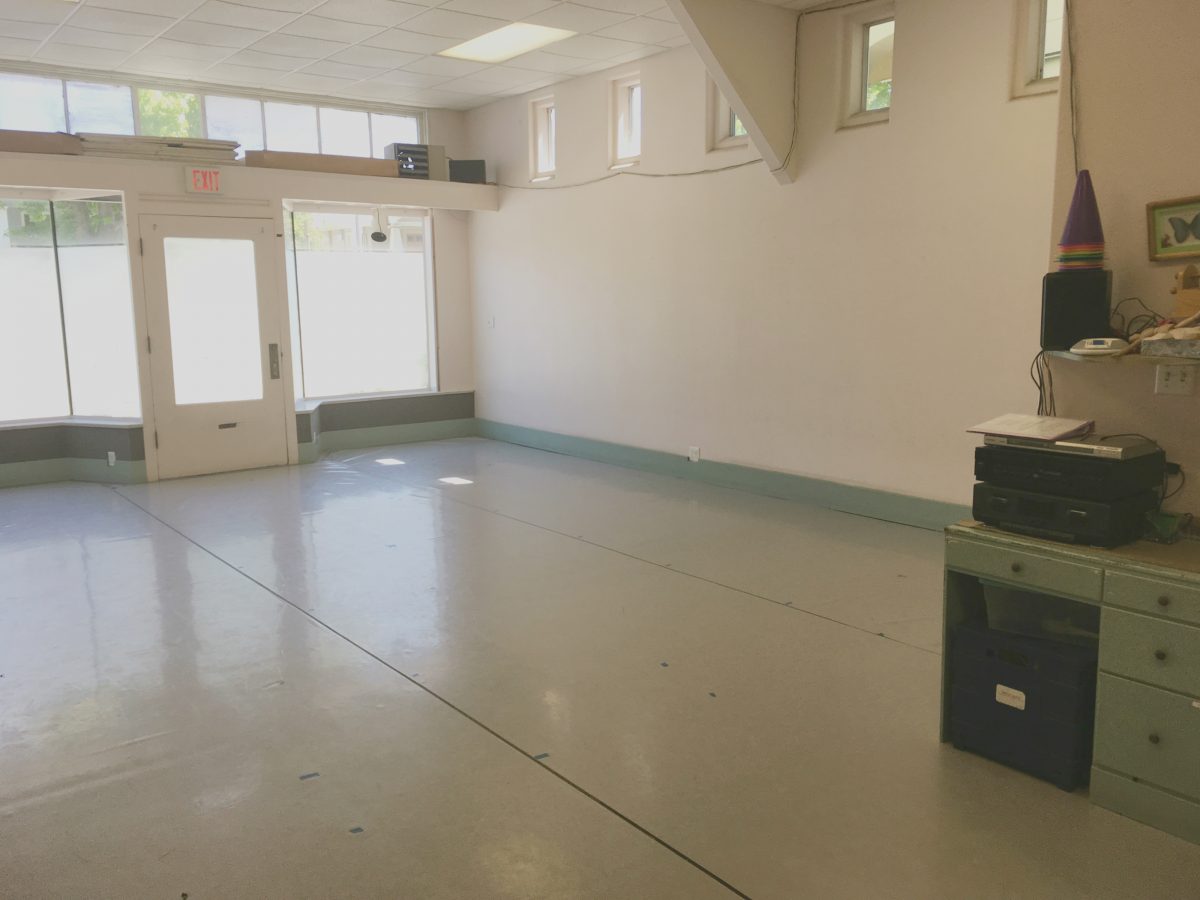 Pricing & other details for renting space

Our studio rental fee is $28.00 an hour for classes and rehearsal space.  For parties or performances there are additional fees, as a Building Manager will need to be on site. We primarily rent studio space to teachers who offer weekly classes on an annual basis. Danspace rents to local dance companies and choreographers on a project basis if space is available.

Bounced Checks: We pass on a $35.00 fee for any checks returned by our bank for insufficient funds.

Renters must provide liability insurance and sign a COVID Waiver. Proof of vaccination and masks are required to enter the building.

Email info@danspace.com to inquire about availability. This is the easiest way to gather and share information.

We will ask how many dancers you will have in the space with you, the type of dance or practice you will use the space for, the desired duration of your rental contract and acknowledgement that you will provide Liability Insurance listing Danspace as ‘additionally insured’.

All programs are following current and up to date guidelines for COVID-19 safety protocol. Contact the renter directly with any inquiries.

In a Music Together class, up to twelve children and the adults that love them meet for 45 minutes each week for ten weeks to experience songs, chants, movement activities, and instrumental jam sessions. Both adults and children sit in the circle and participate, led by a teacher with early childhood educational and music skills.

You will find high energy movers and quiet observers all intently involved in their own way in the exciting musical happenings around them, whether it’s a rousing Israeli wedding dance, or the glorious sounds of Big Ben’s bells and chimes played on resonator bars. We create a comfortable, encouraging environment that respects individual temperaments and learning styles.

Isadora Duncan (1877-1927), the mother of modern dance, was a prolific dance artist and choreographer.  Duncan’s philosophy of dance moved away from rigid ballet technique and towards what she perceived as natural movement.  She developed a dance vocabulary which was a critical path in the stylistic development and artistic freedom of other modern dancers and also influenced the creations and movements we now see regularly in ballet.  Isadora created a style of free and natural dance movements inspired by the classical Greek arts, folk dances, social dances, nature and natural forces, as well as natural athletic movements which included skipping, running, jumping, leaping and tossing.  She strove to connect emotions with movement and focused on the solar plexus as her center of movement.

Classes: Ongoing dance classes for adults are an hour and a half in length and include a Duncan-focused warm-up, a traditional Duncan barre, and center work and across the floor dance movements using traditional Duncan dance vocabulary.  Dance training focuses on movement centered in and propelled  by the solar plexus.  Warm-up and barre movements are designed to help the dance student access and use the solar plexus, with movements initiated from the solar plexus rippling through the entire body and providing the impetus for walks, waltzes, runs, and leaps.  Selected repertory is introduced and taught during class.

Previous dance experience is a plus, but is not required.  Please wear comfortable clothes that allow a full range of motion.  Duncan dance is done with bare feet.

Drop-ins are welcome with prior notification (and confirmation).  Please contact Christy Cornell-Pape via email, text, or phone at least 48 hours prior to class to ensure that the particular session you want to attend is open to new students.  (Some classes may not be open due to instructor absence or rehearsal schedule.).

Fee for a first time student is $20 for the class with the second class free.

Christina Bergren Fessenden is a graduate of UC Berkeley. She began her Duncan studies with Mignon Garland in 1974 performing under her direction with the San Francisco Duncan Dancers until 1977. At that time, she, along with several of Garland’s former students, started their own company, the Dionysian Duncan Dancers (DDD). A co-founder, she was artistic co-director of that company from 1977-1995, conducting classes and touring extensively throughout California. Included in their Duncan repertory were several group pieces choreographed and taught by Maria-Theresa Duncan.  In the 90’s, members of the DDD made several trips to Russia where they received coaching from former members of the Moscow Duncan Dancers. The DDD gave their final performance at the Kremlin in 1995. Christina worked with Ann Cogley as part of The Isadora Duncan Project, Inc., which was founded in 1999 to continue the tradition of passing down the direct heritage of Isadora Duncan.

Christy Cornell-Pape, a life-long dancer, began studying dance at the age of 2. Proficient in tap, ballet, and jazz, Christy continues to study a variety of dance forms, such as samba and flamenco. Christy began intensively studying Isadora Duncan dance in 1999 with Mary Sano. She attended and performed at the International Isadora Duncan Dance Festival in Budapest, Hungary in November 2002. In 2003, Christy began taking classes with Ann Cogley and Christina Fessenden. She has taken several workshops with Lori Belilove and worked with Lori Belilove as a performer and children’s rehearsal director during some of Lori’s performances in California.

Christy has performed extensively in musical theatre and burlesque, performing throughout California, the U.S., and internationally. Christy is a prolific choreographer and can frequently be seen performing solo work in San Francisco and at many shows around the Bay Area. She is a director of DIVAfest, a non-profit supporting women in the arts; co-artistic director of the “DIVA or Die” burlesque show (a production of DIVAfest) at the Exit Theatre; and the co-creator, choreographer, and costumer for the burlesque plays “Rebel Without a Bra: A Burlesque Cabaret,” At the White Rabbit Burlesque,” “Hotel Burlesque,” “Just Another Zombie Holiday Show”, and “Dollhouse Monsters,” full-length theater/burlesque productions.

Christy has taught both adult and children’s Duncan dance classes. She currently teaches adult classes for Duncan dance, cancan, fan dancing, and burlesque. In her day job, Christy is a bank regulator specializing in the deterrence and identification of white collar crime and money laundering. 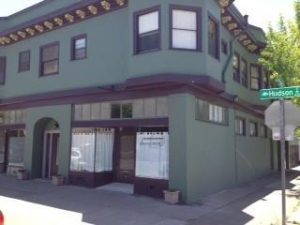